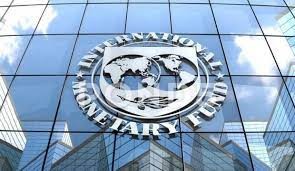 The International Monetary Fund’s deployment of $818 billion, often without conditions, to help the world deal with the Covid-19 pandemic is spurring concern from some former officials that the institution is abandoning its focus as a hard-nosed lender of last resort for distressed economies.The IMF last year allocated a record $650 billion in reserves, called special drawing rights, for its 190 members countries to deal with pandemic fallout. The fund also dedicated $168 billion to help 87 countries deal with the pandemic. About half of the nations received support through the Rapid Financing Instrument, a loan that comes mostly without conditions.While governments cheered the funds in the face of the health and economic crises, particularly at the start of the health emergency, some long-time IMF watchers are worried. Their concern is that the money will help countries that find themselves in dire straits due to their own poor policies to avoid asking the IMF for traditional loans, which often require deep reforms, thus perpetuating the problematic underlying situations.

At the same time, past IMF requirements for nations to implement austerity in order to receive loans, aimed at fixing economies in the medium and long term, have drawn criticism for the pain they inflict in the short term. That’s led to protests and sometimes violence against governments working with the IMF across decades, in countries from Bolivia to Jordan.Concerns among economists about the IMF’s current lighter conditionality have been simmering for months. They got renewed attention this week after Kenneth Rogoff, a professor at Harvard University and former IMF chief economist, questioned the fund for attempting to be an “aid agency” rather than a balance-of-payments backstop for troubled borrowers.“Forceful IMF conditionality is essential to establish financial stability and ensure that its resources do not end up financing capital flight, repayments to foreign creditors, or domestic corruption,” Rogoff wrote in a column for Project Syndicate. “The pandemic is not going away; nor should the traditional IMF.”Conditionality, a requirement for countries to get IMF loans in normal times, is important for two reasons. Countries that avoid needed reforms can have trouble generating the growth or attracting investment that can return them to a path of economic and fiscal stability. That can create difficulty for repaying the IMF, which uses loans, in contrast to the grants that often are a key part of foreign aid from governments and assistance from the World Bank.The IMF said in answer to questions that the Covid-19 crisis warranted its robust response, including the emergency lending and reserves allocation, and that 32 countries have been using more traditional condition-based IMF lending programs over the past two years. The IMF has a range of lending tools that let it “respond flexibly to the different needs of different countries,” the IMF said.“The IMF’s role is to help our member countries mitigate and manage crises — and that is exactly what we have done during this pandemic,” the fund said.

Some countries already are using the reserves to delay asking the IMF for a lending program. Argentina, which in 2018 received the biggest loan in IMF history at $57 billion, since September has been using its share of the SDR allocation, about $4.3 billion, as a lifeline to make payments to the fund. That came after the nation missed an earlier timeline goal for negotiating a new condition-based
Among the economists sharing Rogoff’s concerns is Martin Muhleisen, who served as chief of staff to former IMF Managing Director Christine Lagarde and then headed of the key strategy, policy and review department that works on the design, implementation and evaluation of fund policies. Muhleisen moved to a role as special adviser to current Managing Director Kristalina Georgieva in September 2020 and retired last year.
“At the beginning of the pandemic, the emergency lending was really the only tool we had to respond quickly,” Muhleisen said. “It’s time to rethink now how much more you can give to countries without conditions.”
Part of Rogoff’s concern is that if inflation forces the Federal Reserve to raise interest rates significantly, it could have spillover effects for emerging markets. In that situation, the attention that the IMF has given to disbursing and allocating unconditional resources might leave the fund unprepared.
Mark Sobel, a former U.S. Treasury official who also represented the country at the IMF, said that he doesn’t see the fund’s work of the past two years interfering with its traditional role of being fast on its feet and serving as a balance-of-payments lender, especially in crises.
“The fund still has very talented staff that’s very energetic and will quickly mobilize as the world’s first responder, and it will go out and formulate tough crisis stabilization programs should the need arise,” said Sobel, U.S. chairman of the Official Monetary and Financial Institutions Forum, an economic think tank.
Given the limited amount of special drawing rights that many emerging markets and low-income countries received last year, countries that would have needed and gone for a conditional loan are unlikely to be able to put off requests to the IMF for long, Sobel said.
“For emerging markets as a general proposition, it might buy some time for them as Argentina did to pay interest payments,” he said, “but it’s certainly not a permanent lifeline