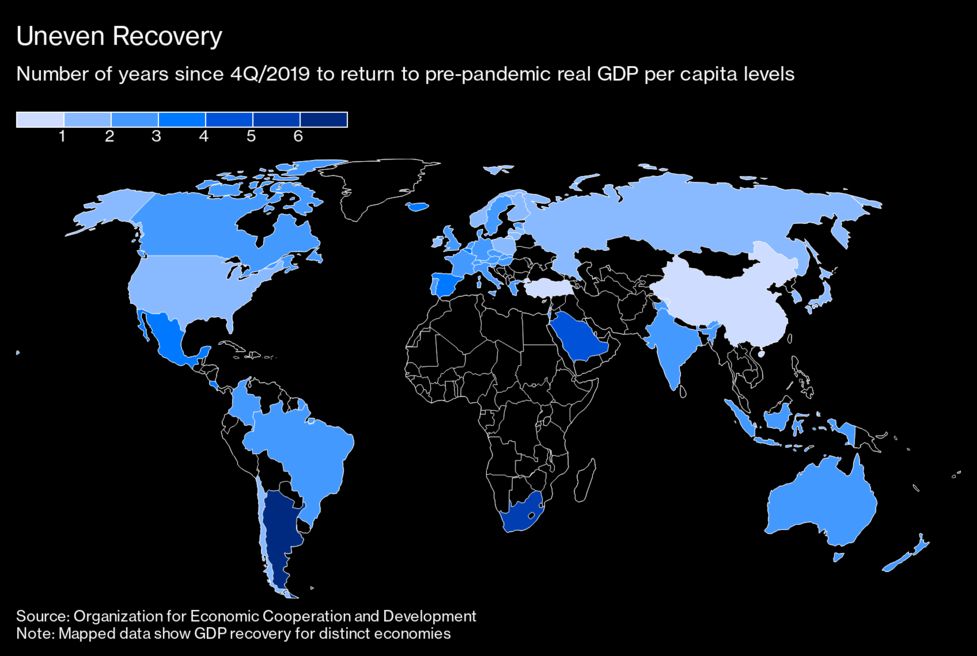 The pandemic recovery is in a new phase as multiple central banks start or plot the withdrawal of emergency stimulus, gradually shifting from peak support and opening up divergences in international policy making.

The Federal Reserve’s crab walk toward the moment it reduces its aid has cemented the global pivot, with counterparts in the U.K., Canada, Norway, Sweden, South Korea and New Zealand among those sketching out maps to a pullback.

China’s central bank has already switched gears and is focusing on controlling debt while ensuring those parts of the economy that still need liquidity, get it. Just last week, Mexico, Hungary and the Czech Republic raised interest rates, following hikes earlier in 2021 from Brazil, Turkey and Russia.

Note: Mapped data show rate changes for distinct central banks; Mexico cut in February, raised in June, rate now at same level as it was at start of year

The policy turn is still expected to be slow as the ongoing spread of Covid-19 variants complicates a return to economic normality and most policy makers contend inflation surges will fade. The European Central Bank and Bank of Japan are signaling they’ll maintain their easy-money settings.

All told, JPMorgan Chase & Co. economists estimate the average global interest rate will rise only fractionally through the rest of this year to 1.28% from the current 1.27%.

How the transition plays out will nevertheless be a crucial test for the global recovery and markets. Move too fast and central banks risk shaking investors, hurting confidence, and stalling the rebound; go too slow and they could stoke inflation and worsen financial stability as house prices and other assets surge.

“Buckle up,” Vishwanath Tirupattur, head of U.S. fixed income research at Morgan Stanely, wrote in a report to clients on Sunday, in which he said the Fed’s hawkish tilt would magnify the impact of incoming data on markets.

After acting together to reverse a recession as the pandemic hit, authorities moving at different paces also carries implications for markets. Last week in the euro-area, for example, stocks gained and bond yields stopped rising on bets the ECB will lag the Fed.

The shift beyond peak monetary stimulus coincides with signs the global rebound may moderate as massive government spending fades and China’s growth slows. Although President Joe Biden is planning further large-scale fiscal stimulus for the U.S., it’s expected to be rolled out at a slower pace.

“The global rebound will start to slow as the impetus from monetary stimulus, along with reopening and fiscal stimulus, starts to fade,” said Shane Oliver, chief economist at AMP Capital Investors Ltd. in Sydney.

Rate hikes priced for ECB over the next two years fall short of Fed, BOE

Optimists say there’s enough momentum in the recovery to withstand any central bank tapering, and that an outright tightening of financial conditions is still a long way off. Covid-19 vaccination rates are accelerating and continued fiscal stimulus will support growth — as will the unlocking of trillions worth of pent-up consumer demand.

Fed Chair Jerome Powell said Tuesday that policy makers would be patient in waiting to lift borrowing costs, and the U.S. central bank has still to detail when and how it will begin paring its asset-purchase program.

“Monetary tightening is likely to be gradual,” said Mansoor Mohi-uddin, chief economist at the Bank of Singapore Ltd. “If the Fed and other major central banks keep convincing investors and the public that this year’s surges in inflation as economies reopen will only be temporary, then monetary conditions are likely to stay loose for the next couple of years.”

History shows that managing the exit won’t be easy. Attempts to wean markets off a drip feed of cheap liquidity in the years after the global financial crisis spooked investors.

That reliance on official support is evident from the explosive acceleration of central bank asset purchases. Chris Marsh, a former IMF economist who’s now a senior adviser at Exante Data, calculates that balance sheets for G-10 central banks grew by $11 trillion between February 2020 and May 2021. That kind of growth took 8 years to reach in the period following the financial crisis.

Speaking at the Qatar Economic Forum, billionaire investor Ray Dalio said he expected the Fed to achieve its desired results with relatively modest actions, though he also flagged concerns about how markets may respond.

“It’s easy to say that the Fed should tighten, and I think that they should,” said Dalio, founder of Bridgewater Associates, the world’s biggest hedge fund. “But I think you’ll see a very sensitive market, and a very sensitive economy because the duration of assets has gone very, very long.”

For now, the U.S. recovery and potential for a faster expansion in Europe and Japan gives central banks a window to reduce emergency support, said Alicia Garcia Herrero, chief economist for Asia Pacific at Natixis.

“Monetary policy support has peaked,” she said. “And rightly so.” 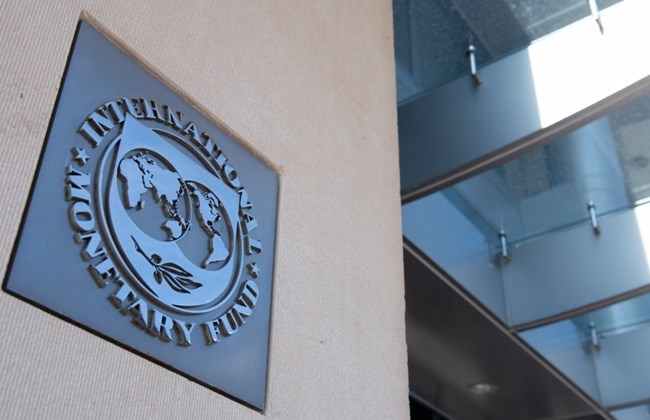 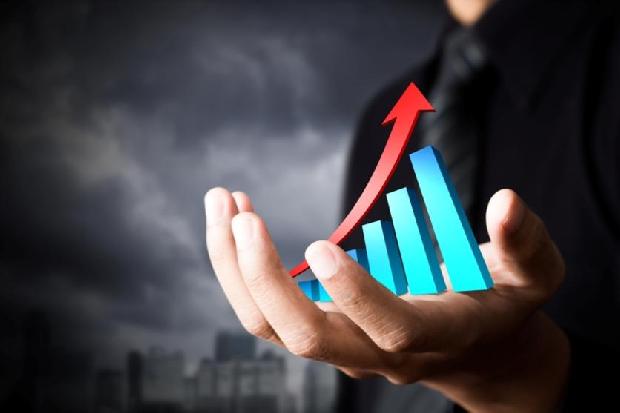 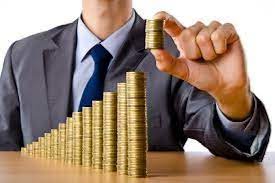